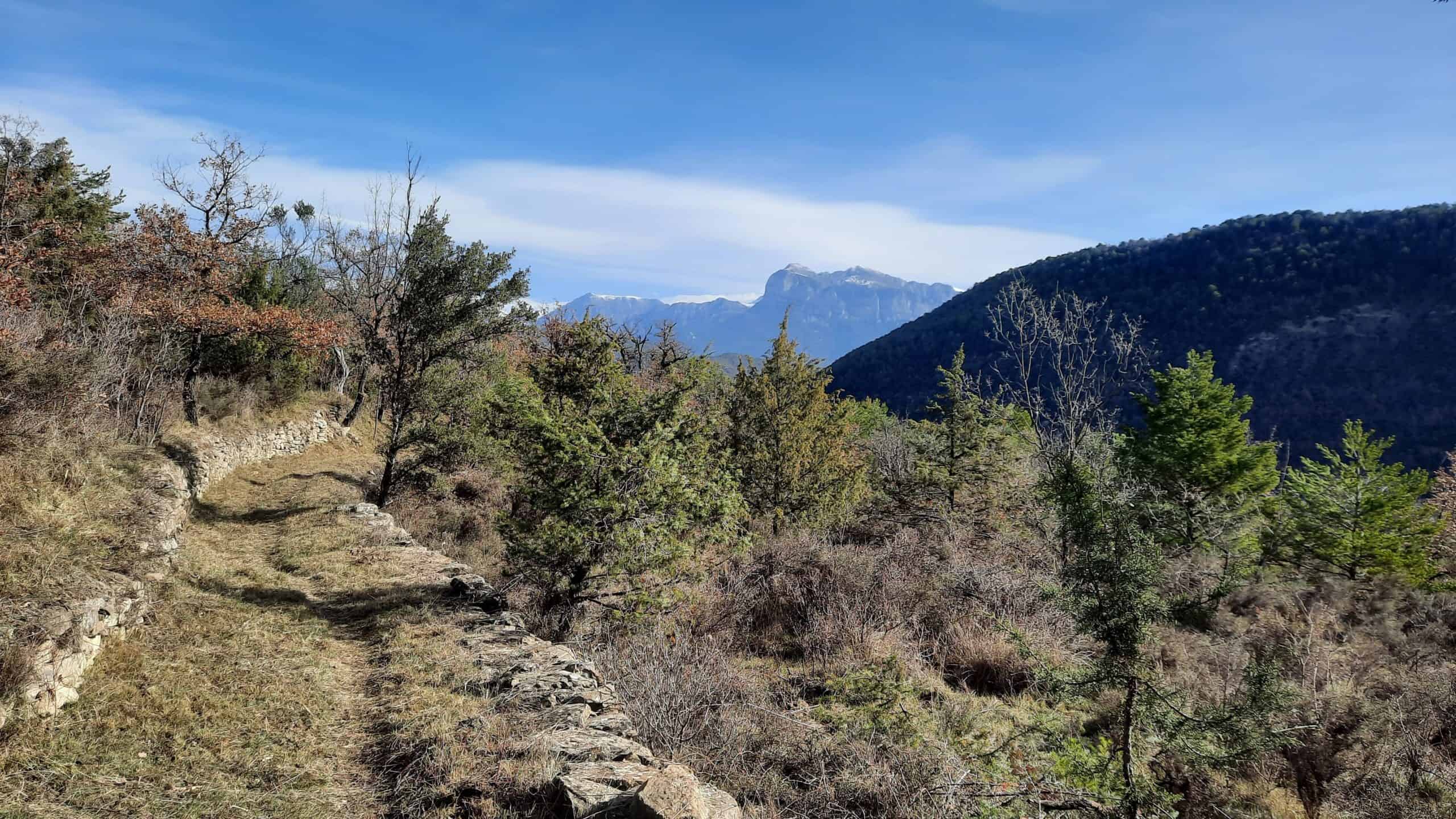 MTB Kingdoms Pyrenees is applying to the research grants call launched by the Sobrarbe-Pirineos Geopark, aimed at projects dedicated to the evaluation of erosion caused by sports activities..

The erosion of traditional paths caused by sports activities is a matter of concern to this provincial-level association which, after hearing about this call from the Sobrarbe-Pirineos UNESCO World Geopark,has decided to submit its own proposal, considering that the final results of the research will be representative of the entire Pyrenees and Pre-Pyrenees regions, and therefore useful for a wide territory, highlighting it would also be one of the first scientific studies of carrying capacity in the Huesca Pyrenees.

Along the same lines, MTB Kingdoms Pyrenees has requested a grant from IMBA Europe, through its Protect and Preserve program of “Take care of your trails” in order to increase the financial resources for the study.

MTB Kingdoms Association is fully aware about the undeniable fact that outdoor cycling and many other activities carried out in the natural environment, such as hiking, trail running, horse trail rides or livestock, may speed up the erosion of the paths, specially in those paths withstanding a heavy use. The Association also believes that these studies shouldn’t be focused only on mountain biking, since soil erosion is inherent to all activities carried out in the natural environment and requires a comprehensive and un-sectored evaluation, considering it depends directly on factors such as the number of visitors, type of substrate, gradient of the land, humidity level of the soil, level of maintenance and conservation of the paths, etc.

For all these reasons, they have presented a proposal entitled “Evaluation of the erosion caused by sports leisure activities in the natural environment, in the Sobrarbe-Pirineos Global Geopark”

The study will count on the collaboration of the Department of Agricultural Sciences and the Natural Environment of the University of Zaragoza, in the analysis of the collected data in the field work. It is also with this department, and through Dr. Juan Luis Mora Hernández, with whom the study and field work methodology has been carried out.

For field data collection, biologist Helena Parga (Pirinature), who accumulates great experience in research projects in mountain areas, as well as in studies related to soil science, will be joining the research, too.

The presented proposal includes a methodology which is mainly based on field work, consisting in measuring the dimensions of the section and carrying out inventories of the morphological features of the soil surface, in different points at regular distances, along a small number of routes considered to be representative of the main uses whose erosive impact is to be evaluated.

On this matter, the proposal is to select several types of paths (both in high and lower mountain areas), whose uses are exclusively for hikers, exclusively for cyclists or whose use is shared between hikers and cyclists. The measurements would be carried out over a year, since that’s the submission deadline for the study.

MTB Kingdoms Association believes it’s essential to count on technical data that shows concrete results on how sports activities affect the natural environment, so that the most suitable corrective measures can be applied in order to help preservation, based on technical criteria. It’s no doubt that soil erosion is one of the consequences resulting from any activity carried out in the natural environment, but it should also be taken into account that over these last 10 years, more than 1,350 km of traditional abandoned paths have already been recovered only by Zona Zero Association. In addition, all the local trails carried out by other administrations and entities must also be taken into account at this point.

This recovery of traditional paths has been a real engine for the economic and social development of the region, both for cycling and hiking or trail running.In words of the President of the Government of Aragon, Javier Lambán, “recovered paths, mountain bike and Ordesa National Park are Sobrarbe’s particular snow’”.

For all these reasons, MTB Kingdoms Association wants to join this type of initiatives as a way to assess the negative impact of the activity, and to try to reduce this impact based on scientific data, but always keeping an eye on the fact that the economic and social impact of leisure activity in the natural environment often balances out the environmental impact caused by erosion on the paths.